A Lesson For All Parents: Who Will Be Emani’s Legal Guardian After the Death of Her Dad? 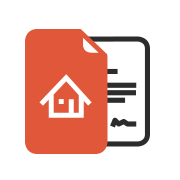 In the aftermath of rapper Nipsey Hussle's murder this March, his family and ex-girlfriend have been locked in a bitter battle for custody of one of his young children. And as this ugly drama plays out in the courtroom and tabloids, it highlights the single-most costly estate-planning mistake a parent can make.

Hussle, 34, whose given name was Ermias Ashgedom, was gunned down outside his South Los Angeles clothing store in March. His alleged killer, Eric Holder, was arrested and indicted for murder a few days later. The rapper's death is particularly tragic, as his debut album, Victory Lap, was recently nominated for a Grammy Award.

Yet even more tragic is what's happening to Hussle's kids. Because Hussle never named legal guardians, the decision of who will raise his two children—daughter Emani, 10, and son Kross, 2—is now up to the court. And this mistake is already having terrible consequences.

In addition to not naming guardians for his kids, Hussle also failed to create a will, which makes their guardianship even more contentious. Hussle's estate is estimated to be worth $2 million, and under California law, in the absence of a will, that money is to be split equally between his two kids.

Given that both children are minors, however, they're ineligible to access their inheritance until they reach the age of majority. This means that whomever ultimately wins guardianship of the children will likely gain control over their money as well.

Caught in the middle

Guardianship of Hussle's son Kross, while still undecided, is currently not a source of conflict. Kross's mother is actress Lauren London, who was Hussle's longtime girlfriend, and  Kross had been living with London at the time of his father's death. She petitioned the court for her son's guardianship, and there's little doubt she'll get it.

Who will be awarded guardianship of Hussle's daughter Emani, however, is far less clear.

Since the day of the shooting, Hussle's sister, Samantha Smith, has been caring for Emani, who was living with her father when he was killed. Following Hussle's shooting, Smith petitioned the court to obtain Emani's guardianship. But Emani's mother, Tanisha Foster, an old girlfriend of Hussle's, is also seeking guardianship.

Though Foster and Hussle shared custody of Emani, at the time of the rapper's death, Hussle's ex had reportedly not seen the child in months. Yet Foster claims that Emani was just visiting her dad on the day he was killed and that Smith and the rest of Hussle's family are refusing to return her.

Smith and Hussle's family contend that Foster is unfit to raise the child due to her criminal past. Foster has a criminal record dating back to 2006, and she currently has a warrant out for her arrest after skipping a court hearing for a DUI charge.

Yet Foster claims that her criminal history is irrelevant, and that as Emani's mother, she's the one who should be named as guardian. She's also claiming that Smith unlawfully took custody of her daughter on the day of Hussle's shooting.

For now, the court is siding with Smith, ruling in May that Hussle's sister can retain temporary custody of Emani, pending a final decision on her guardianship. That decision will likely be made in a court hearing scheduled for October.

Don't leave your child's life in a judge's hands

As Hussle's case so dramatically demonstrates, your death can strike at any time, so if you're the parent of minor children, it's imperative that you select and legally document long-term guardians for your kids. In fact, naming guardians for your children should be your number-one planning priority.

The fact that Hussle didn't create a will is obviously another terrible mistake. But when it comes to your children's lives, all the money in the world is meaningless in comparison. For this reason, we're going to focus solely on the consequences resulting from Hussle's failure to name legal guardians, and how easily the whole ugly mess could have been avoided.

As we're seeing with Hussle, leaving it up to the court to name guardians for your kids
can lead to conflict, as otherwise well-meaning family members fight one another over custody. This process is not only costly, but it can be terribly traumatizing for everyone involved, especially your kids.

Hussle's case also shows how agonizingly slow this process often is. There have already been numerous court hearings related to Emani's custody since her father's death in March, and though the October hearing could finally decide her fate, it's just as likely that the decision could be postponed again. Indeed, these custody battles often drag on for years, making the lawyers wealthy, while your kids are stuck in the middle.

But the most tragic consequence of Hussle's failure to name legal guardians is that a judge will be the one who decides who's best suited to care for his kids.

Though we can't be sure exactly who Hussle would have wanted to raise Emani, it's almost certain he wouldn't have wanted a total stranger to make that decision for him. Yet, because he didn't take the time to document legal guardians, that's exactly what's going to happen.

As part of our role, we help you select and legally document long-term guardians for your children.

This system is a comprehensive methodology to guide you step-by step through the process of  legally documenting guardians for your kids, for the short-term, long-term, and so much more. Our goal is to support you to put in place the Kids Protection Plan® for your minor children and/or children with special needs.

If you have minor children—or children with long-term special needs—living at home, you should contact us to get started. The numerous resources offered in our full plans go far beyond just naming long-term legal guardians.

The Kids Protection Plan®  also lets you grant the people you choose (along with backups) the legal authority to temporarily care for your children, until the long-term guardians can be located and formally named by the court. And you're also able to confidentially, but in writing, exclude any person you know you'd never want to raise your kids.

Indeed, the full Kids Protection Plan® offers a broad array of protective measures and materials designed to provide for the well-being, care, and love of your kids no matter what happens. Meet with us  to ensure that your children and family never fall victim to the same tragic circumstances as Hussle's.

This article is a service of D'Orazio Peterson. We don't just draft documents; we ensure you make informed and empowered decisions about life and death, for yourself and the people you love. That's why we offer an Estate Planning & Family Protection Session, during which you will get more financially organized than you've ever been before, and make all the best choices for the people you love.